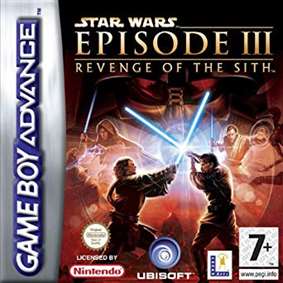 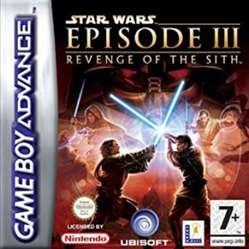 Star Wars Episode III: Revenge of the Sith is an action video game based on the movie of the same name. It centers on Obi-Wan Kenobi and Anakin Skywalker as the Clone Wars come to an end. It was released on May 4, 2005, for the PlayStation 2, Xbox, Game Boy Advance and Nintendo DS. Additionally, a version was made available for mobile phones on April 2, 2005. As part of the PlayStation 2 classics program, the PlayStation 2 version was re-released in Europe on the PlayStation Network on February 11, 2015.
he handheld versions of the game are played as a 2.5D side-scrolling beat ’em up game, where players can freely choose to play as either Obi-Wan or Anakin, traversing across roughly a dozen levels to battle a variety of enemies and occasionally dodge deadly hazards, such as a laser trap or a missile launcher. Both characters have nearly identical attack moves, and can gain access to special unlockable moves that can be unleashed when a “fury” or “focus” gauge is filled up during battle. A few levels involve boss battles against characters with melee weapons, who usually can only be damaged after the player carefully recognizes and blocks an attack, and some other levels end with a miniboss fight against a vehicle or elite enemy. The Nintendo DS version also exclusively adds extra 3D space battle levels that require the player to shoot down a series of targets or enemies.

As with the PlayStation 2 and Xbox versions, players are given a chance to upgrade their character’s attacks and abilities, unlock new abilities and improve their stats after completing a level. Players purchase upgrades with “customization points”, which are found during a level, collected from destroying small portions of the scenery or earned by finishing the level at a quicker pace or with good combat efficiency. Players must deflect all blaster bolts manually by pressing a button, while well-timed presses can allow the player to deflect them straight back.