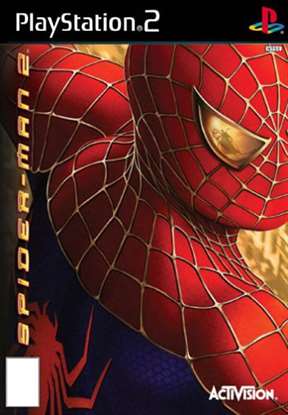 Just as the new film is a great improvement on the already solid original, so too is Spider-Man 2: The Movie (the game) a significant improvement on previous video game simulations of New York’s friendly neighbourhood web-slinger.

As you’d expect, the new game works along the same basic lines as the last one but is actually a very noble attempt to completely expand the concept and the way it’s implemented. The biggest change is the that the game is now much more free-form, rather than being strictly mission based, and you can swing around New York City all you like, getting involved in side quests (such as stopping minor robberies) before getting around to the wider plot.

The actual business of web-slinging has been greatly improved so that your webbing now actually connects with buildings, instead of just attaching to thin air, and so the whole business of getting around the city becomes more “realistic”. The combat system has also been completely overhauled, although it’s still fair to say that the interior levels are far less entertaining than bouncing around New York and getting involved in aerial scraps.

The game realises this though and the majority of the action now takes place outside as you not only follow the plot of the movie, taking on main bad guy Dr Octopus, but also tackling some of Spidey’s other villains from the comic books, including the Vulture, Rhino and Shocker–as well as meeting alternative love interest Black Cat. Hopefully someday all comic book games will be this good.–David Jenkins