Star Wars – Shadows Of The Empire 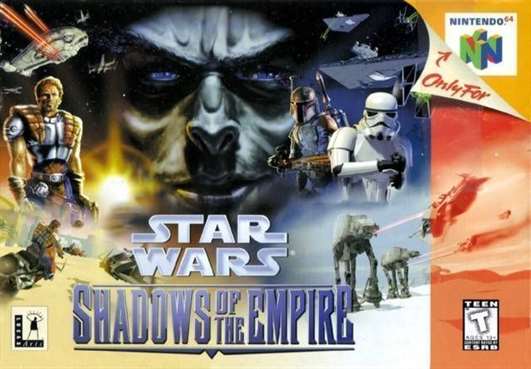 Star Wars: Shadows of the Empire is a video game developed and published by LucasArts. Primarily a third-person shooter, the game also utilizes multiple types of vehicular combat sequences. It was released for the Nintendo 64 on December 3, 1996, and a version for Windows 95 was released on September 17, 1997. The game was re-released for Windows systems on May 3, 2016 through Good Old Games. The re-release allows the game to play on 64-bit Windows installations.

In the game, the player controls the mercenary Dash Rendar in his efforts to help Luke Skywalker and rescue Princess Leia from Prince Xizor’s hands. It is part of the Star Wars: Shadows of the Empire multimedia project and takes place as a backstory between The Empire Strikes Back and Return of the Jedi. Tracks from the multimedia project’s soundtrack are used as the game’s musical score. The game received mixed to positive reviews from critics. Shadows of the Empire was the third top-selling Nintendo 64 game for 1997, with more than 1 million copies sold