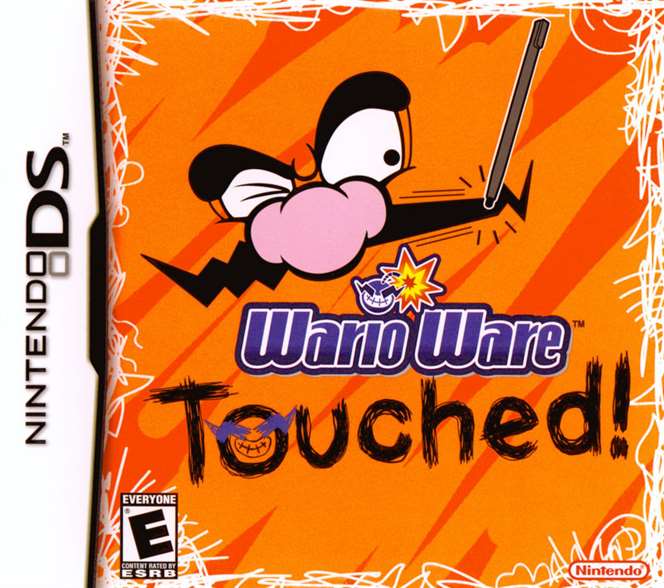 Mario’s evil twin Wario returns for his mini-game adventure in “WarioWare: Touched” for the Nintendo DS. The 2005 release of the game was a major showcase for the abilities and features of the DS. Dozens of games incorporate the DS stylus, microphone, and touch-screen technology of this Nintendo device.The storyline in the Nintendo game follows Wario as he rides his motorcycle around a fictional town. Each building that he stops at is filled with dozens of mini-game titles to play. There are more than 180 different mini-games for Wario to enjoy. Each one includes a quick bit of action or puzzle that must be solved in a few short seconds. Joining Wario are a group of original characters that each host their own part of the theme. There are robots, children, superheroes, and animals all mixed into the character selection. Each character has a different personality that shines through animations and voice acting. Playing the games often requires quick and small tasks. Examples include petting an animal, cutting a rope to release a trap, or popping balloons. A number of games are also based on other Nintendo franchises. For example, there is a quick boxing game that is based on “Punch-Out” for the original NES console. A number of quick sports games are also included. This includes bowling for a strike, weight-lifting, track and field, and ice hockey. “WarioWare: Touched” games will often appear randomly on the screen. As you advance through levels, the games become more challenging and must be done a lot faster. If a game is failed, then the round ends and the final score is calculated. All of the games are separated into different worlds with each of the characters.When enough “WarioWare: Touched” levels are unlocked, special activities are opened up on the main game menu. These interactive activities and toys allow players to do things like build a snowman. In the snowman builder, parts can be dragged onto the creation. Then the snowman can come to life once everything is complete. Other bonus activities in “WarioWare” include a digital yo-yo game. The yo-yo moves up and down when the Nintendo DS is flipped upside down. The Turntable allows players to mix music and interact with a digital spinning record. The WarioWare Party Tooter is a digital prank toy. It allows players to tap and play farting noises around other people. The Pet Parrot will repeat everything that a player says when speaking into a microphone. The Grandma Simulator features a digital on-screen camera that can give advice and words of wisdom. Unlocking the various “WarioWare: Touched” toys can also give players access to a number of software utilities. This includes a kitchen timer, a calculator, a piano, a painting program, and light simulator. Once the toys are unlocked, they can be accessed from the WarioWare menu at any time. “WarioWare: Touched” was originally released in 2005 for the Nintendo DS. The game uses all of the features on this Nintendo device and creates a lot of quick-thinking and quick-action fun with Wario. The Nintendo game is rated for E for Everyone and features some cartoon violence and humor.