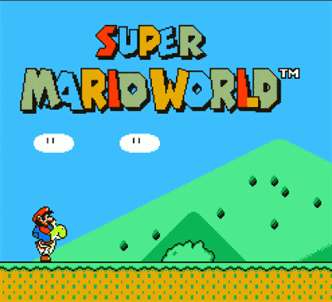 Super Mario World[a] is a 1990 side-scrolling platform game developed and published by Nintendo for the Super Nintendo Entertainment System (SNES). The story follows Mario’s quest to save Princess Toadstool and Dinosaur Land from the series antagonist Bowser and his children, the Koopalings. The gameplay is similar to that of earlier Super Mario games: Players control Mario or his brother Luigi through a series of levels in which the goal is to reach the flagpole at the end. Super Mario World introduced Yoshi, a dinosaur who can eat enemies and gain abilities by eating the shells of Koopa Troopas.

Nintendo Entertainment Analysis & Development developed the game, led by director Takashi Tezuka and producer and series creator Shigeru Miyamoto. It is the first Mario game for the SNES and was designed to make the most of the console’s technical features. The development team had more freedom compared to the series instalments for the Nintendo Entertainment System (NES). Yoshi was conceptualised during the development of the NES games but was not used until Super Mario World due to hardware limitations.

Super Mario World is often considered one of the greatest video games of all time. It sold over 20 million copies worldwide, making it the bestselling SNES game. It also led to an animated television series of the same name and a prequel, Yoshi’s Island, released in August and October 1995. It has been rereleased on multiple occasions: It was part of the 1994 compilation Super Mario All-Stars + Super Mario World for the SNES and was rereleased for the Game Boy Advance as Super Mario World: Super Mario Advance 2 in 2001, on the Virtual Console for the Wii, Wii U, and New Nintendo 3DS consoles, and as part of the Super NES Classic Edition