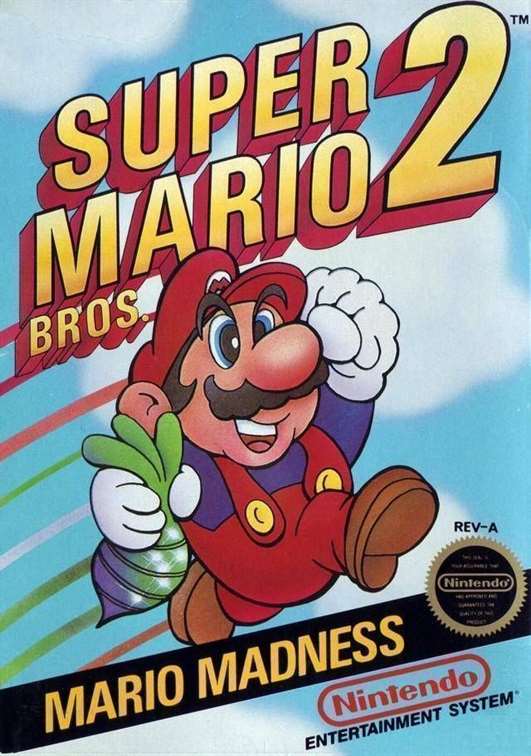 Super Mario Bros. 2[a] is a platform game developed and published by Nintendo for the Nintendo Entertainment System. The game was first released in North America in October 1988, and in the PAL region the following year.[1] Super Mario Bros. 2 has been remade or re-released for several video game consoles.

The game was a commercial success, leading to its release in Japan for the Family Computer as Super Mario USA.[2] It was re-released as part of the Super Mario All-Stars collection, as well as in the form of Super Mario Advance for the Game Boy Advance handheld system.