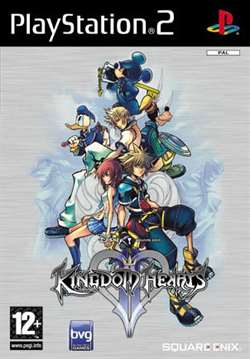 The strangest team-up in gaming returns as Disney and Square Enix join forces for their biggest budget adventure yet. Taking in more Disney movies than ever before youll find the fight against the Heartless has only just begun.

The lowdown:
As Square Enixs most successful game in the West this latest entry in the Kingdom Hearts series sees Sora, Donald Duck and Goofy recruiting allies from all over the Disney universe to battle the evil Organization XIII. The games action based combat has been significantly improved from last time, with new abilities including the chance to fuse with other characters. The camera is also a lot better at keeping its eye on the action and the Gummi Ship sections between levels are a lot more fun. As you explore each world some of the Disney films featured are obvious choices, including Mulan, Beauty and the Beast and The Lion King, but others are more unexpected including the first ever Mickey Mouse cartoon from 1928, Pirates of the Caribbean and Tron. The graphic style changes perfectly for each, creating the ultimate tribute to both Disney and Square Enixs gameplay.

Most exciting moment:
The real draw in the game is the chance to interact with such an odd bunch of characters. One of the best ways is via the summons spells that let you call in extra help from characters as diverse as Chicken Little, Stitch, Peter Pan and the genie from Aladdin.

The bottom line:
Back and better then ever this is one Disney adventure that really is for all the family. –HARRISON DENT