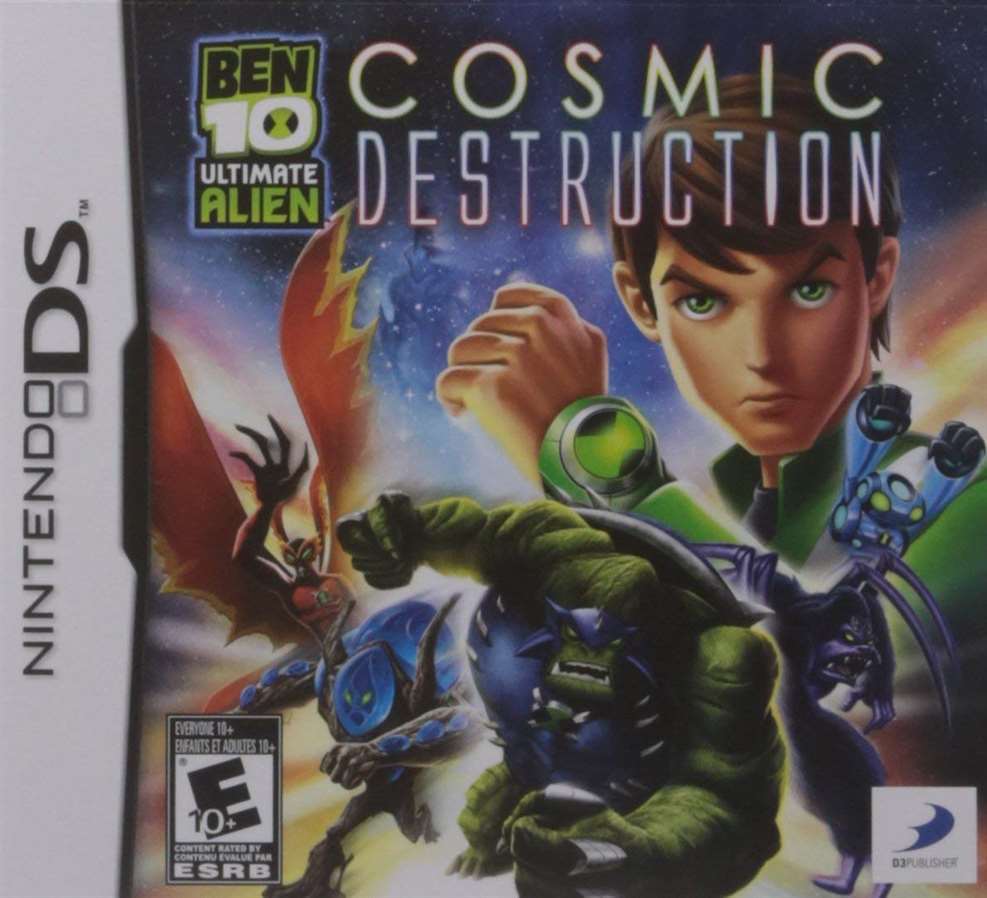 Based on Cartoon Network’s all-new new television series, the Ben 10: Ultimate Alien interactive game will allow players to wield the power of the all-new Ultimatrix, the strongest Omnitrix to date, to transform Ben into more powerful, hyper-evolved alien forms and experience impressive battles as the most ultimate aliens for the first time in never before seen places.Ben 10: Ultimate Alien introduces new alien heroes Armodrillo, WaterHazard, AmpFibian, Terraspin, and NRG from the Ben 10: Ultimate Alien television series, allowing players to tunnel through enemies, unleash water blasts, emit radiation beams, and more while a unique experience system lets them upgrade alien attributes and abilities. The game also provides all-new game enhancements such as Quick Switch, which allows players to switch alien forms faster than ever, and Quick Time Events which creates a cinematic experience that guides players through fierce boss battles and challenging puzzle elements!
Play as Ben Tennyson and up to 17 alien forms in an action-packed adventure based on the newest season of the immensely popular Cartoon Network series
Wield the power of the all-new Ultimatrix to transform into the most powerful, hyper-evolved alien forms ever available in the series and “ultimate” forms of familiar favorites
Travel to Paris, Tokyo, China and Rome on a quest to find an alien artifact that promises to save the world from an encroaching cosmic storm
Jackhammer, waterblast and fire radiation beams at dastardly enemies and powerful bosses using enhanced combat sequences and thrilling cut scenes
Live the excitement of the newest season, adopting the incredible powers of your favorite new aliens, including Armodrillo, WaterHazard, AmpFibian, Terraspin and NRG
Unlock enhancements of speed, strength, defense and special attacks as part of a new upgrade system
Journey through a brand-new, true-to-the-show storyline written by the show’s writers, and experience 100% authentic art styles, music and sound effects