Baldur’s Gate is a fantasy role-playing video game developed by BioWare and published in 1998 by Interplay Entertainment. It is the first game in the Baldur’s Gate series and takes place in the Forgotten Realms, a high fantasy campaign setting, using a modified version of the Advanced Dungeons & Dragons (AD&D) 2nd edition rules. It was the first game to use the Infinity Engine for its graphics, with Interplay using the engine for other Forgotten Realms-licensed games, including the Icewind Dale series, as well as other licensed D&D campaign worlds such as Planescape: Torment. The game’s story focuses on players controlling a protagonist of their own creation who finds themselves travelling across the Sword Coast alongside a party of companions, to unravel the mystery surrounding a sudden iron crisis affecting the region and attempting to discover the culprits behind it, while uncovering dark secrets about their origins and dealing with attempts on their life.

The game received critical acclaim following its release and was credited for revitalising computer role-playing games. Its success led to an expansion pack entitled Tales of the Sword Coast, as well as spawning a sequel entitled Baldur’s Gate II: Shadows of Amn, which later received its own expansion called Throne of Bhaal. An enhanced version of the Infinity Engine was later created as part of Beamdog’s remake, entitled Baldur’s Gate: Enhanced Edition, the first new release in the franchise in nearly nine years. 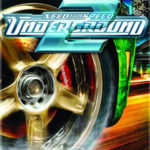