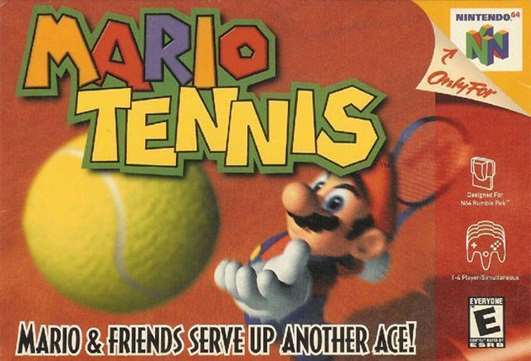 Mario Tennis, known in Japan as Mario Tennis 64 (マリオテニス64 Mario Tenisu Rokujūyon), is a sports video game developed by Camelot Software Planning and published by Nintendo for the Nintendo 64 video game console. The game was released in North America and Japan in the summer of 2000, and released in Europe later in November. It is the first tennis-based game starring Mario since Mario’s Tennis, and the second game developed by Camelot on a Nintendo system. The game is known for being the introduction of Luigi’s evil doppleganger, Waluigi, and the re-introduction of Princess Daisy and Birdo.

A variety of tennis courts can become available to unlock in the Nintendo 64 version after linking with the Game Boy Color version.