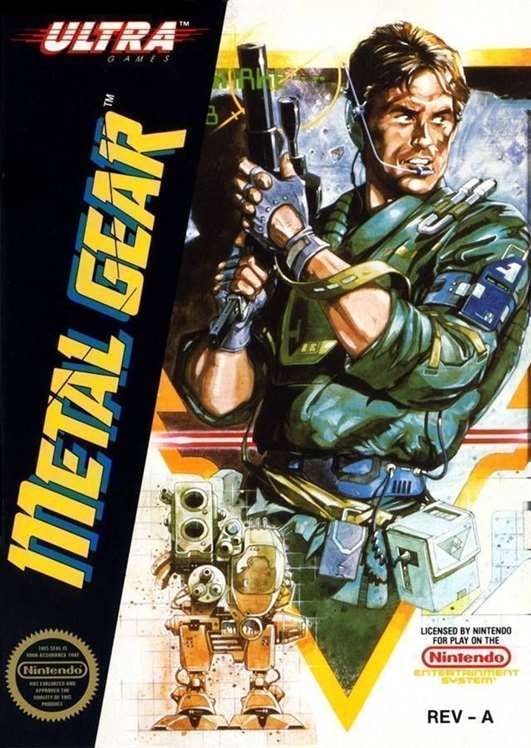 Metal Gear (Japanese: メタルギア Hepburn: Metaru Gia) is a series of action-adventure stealth video games, created by Hideo Kojima and developed and published by Konami. The first game, Metal Gear, was released in 1987 for the MSX home computer architecture. The player often takes control of a special forces operative (usually either Solid Snake or Big Boss), who is assigned to find the titular superweapon “Metal Gear”, a bipedal walking tank with the ability to launch nuclear weapons. Several sequels have been released for multiple consoles, which have expanded the original game’s plot adding characters opposing and supporting Snake, while there have also been a few prequels exploring the origins of the Metal Gear and recurring characters.

Other notable traits are cinematic cutscenes, intricate storylines, offbeat and fourth wall humour, and exploration of political and philosophical themes, with references to Hollywood films to add flavor. As of Aug 2016, 49.2 million copies of the game franchise have been sold worldwide,[1] with individual installments having been critically and commercially acclaimed and having received several awards. The franchise has also been adapted into other media such as comics, novels, and drama CDs. Snake also appeared as a guest character in Super Smash Bros. Brawl and Super Smash Bros. Ultimate.